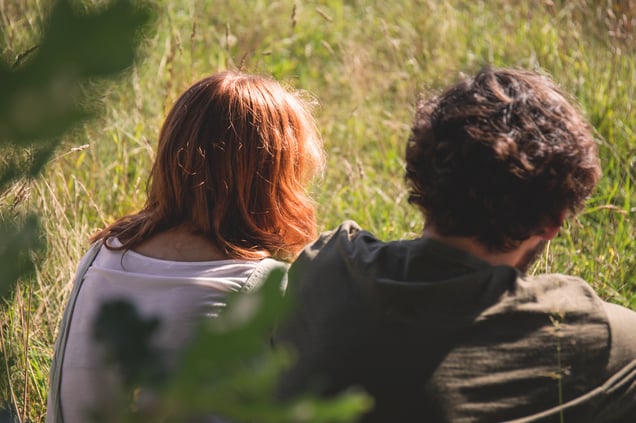 With the Coronavirus pandemic in full swing now, I am getting a lot of calls from people who are thinking about getting a divorce.

(Before I tell you about alimony, let me make sure to tell you that if you are even just considering getting divorce in New Jersey, you should sign up for my Daily Dose of Divorce email course. It will really help you make the right decisions. Now, back to alimony...)

Some of the most common questions people considering divorce ask me are related to alimony.

"How is alimony in NJ determined?"

"Are there NJ Alimony guidelines like there are NJ child support guidelines, or is there some type of an 'alimony calculator'?"

No. There is no alimony calculator in New Jersey. There are no alimony guidelines.

But...it's a little more complicated than that in the "real world."

And I did make a commitment to you in MY BIO to give you "real world answers" here based upon my unique perspective.

So stay with me here. This is important for you to understand.

Whether you are paying or receiving alimony, to make sure that you get the best alimony deal, you need to understand that the way that alimony in New Jersey will be decided if you have a Judge decide the issue will be very different from the way that alimony will likely be calculated if you and your spouse negotiate alimony WITHOUT the help of a judge.

After understanding that distinction, you will be equipped with the information necessary to allow you to make an informed decision as to how alimony should be calculated in your NJ divorce case.

Then you need to understand that because of the new federal tax laws, the way that alimony actually had been calculated for decades in most cases that settled without going to trial is no longer mathematically justifiable, and so there is a new method of settling alimony cases without a judge's help.

If a Superior Court Judge determines alimony for you, there are 23 factors that the Judge MUST consider:

(2.)The ability of the other party to pay alimony;

(3)The length of the marriage;

(5)The physical health of the parties;

(6) The emotional health of the parties;

(8)The earning capacities of the parties;

(9)The educational levels of the parties;

(10)The vocational skills of the parties;

(11)The earning capacities of the parties;

(12)The educational levels of the parties;

(13)The vocational skills of the parties;

(14)The employability of the parties;

(15)The length of absence from the job market of the party seeking alimony;

(16)The parental responsibilities for the children;

(17)The time and expense necessary to acquire sufficient education or training to enable the party seeking alimony to find appropriate employment, the availability of the training and employment, and the opportunity for future acquisitions of capital assets and income;

(20) The income available to either party through investment of any assets held by that party;

(21) The tax treatment and consequences to both parties of any alimony award, including the designation of all or a portion of the payment as a non-taxable payment;

(22) The nature, amount, and length of support paid during the course of the divorce proceedings so far, if any.

The statute goes on to prescribe that the Court may consider" ...any other factors which the court may deem relevant."

So, the way that the New Jersey alimony law is SUPPOSED to work is that a judge is supposed to consider the 22 above statutory factors and apply the facts of your case to the listed statutory factors.

Then the judge is supposed to determine what a reasonable amount of alimony under the facts of your case would be.

That sounds like an awful lot of work, doesn't it?

How does a judge even really do it?

Well, indeed, it is an awful lot of work.

It also leaves quite a bit of room for the judge to exercise discretion.

A Judge would usually start by examining each party's Case Information Statement (ie, their budget and list of assets and liabilities.)

Then the judge might apply the economic reality test, meaning two separated people cannot usually live separately on the same budget that they were living on when living together, and so the Judge may "tweak" each number on the respective budgets to try to find a balance that seems to be "fair."

Yet...in my experience, most cases settle without a Judge ever getting hold of it.

Therefore judges do not have to engage in the difficult task of calculating alimony pursuant to the specific statutory terms very often, relatively speaking.

So in the very large percentage of cases that settle without a trial, if we do not have a judge to listen to the testimony of the parties, consider the evidence, apply the law to the facts of the particular case, and then set alimony, how does alimony get calculated?

Up until December 31, 2018, many lawyers and mediators used to use what was then known as "the one-third formula."

The one third formula said that we take the difference of the income between the husband and the wife, divide that difference by 3, and "voilà! "...that was the alimony number, then tax deductible to the payor and taxable to the recipient.

The one-third formula was not the law at all, and indeed, the Appellate Division of the New Jersey Court has twice stated that there is no such thing as a one-third formula but rather the alimony statute is to consulted at all times when alimony is being calculated.

Nonetheless, the simplicity of the one-third formula seemed to be too attractive to most lawyers and mediators.

Again, judges did not and could not have used the "one-third formula" when they decided cases after a trial.

Even so, I have heard more than just a few Family Court judges over the past 15 years or so refer to the 1/3 rule when counsel and the Judge were discussing settlement possibilities in the judge's private chambers.

During private settlement negotiations, some judges have said to me, 'I understand that there is no 1/3 rule. Or any other formulaic rule for that matter. BUT...

...let's just take a look at what 1/3 of the differences of their incomes looks like for starters....", and you know where the discussion would often go from there.

So the practical question for someone facing paying alimony or receiving alimony ultimately came down to, "Will it be better for me to have the statutory factors applied to the facts of my case by a judge during a lengthy and costly trial, or might I be better off by just using the rather arbitrary but widely-accepted one-third formula?"

More often than not, most people ultimately agreed to use the 1/3 formula, perhaps with some adjustments upward or downward to reflect either a long or a short marriage (in terms of calculating the AMOUNT of alimony, not the number of years that it would be paid.)

If that person concluded that he would likely fare better by having the statutory terms applied to the facts of his case, he could have insisted that the statute be applied and said that he didn't care at all about even looking at 1/3 of the difference of their incomes.

He could have told his lawyer to take the position that there is no 1/3 alimony rule and that he knows for a fact that the Appellate Courts have said this at least twice in recent years.

No one could have argued with him saying that applying the statute to the facts of the case was the proper way to have an alimony determination made.

If, on the other hand, after a careful review of the alimony statute and consideration as to how it would likely be affected by the particularities of his case, that person had concluded that he would have likely done better by allowing the 1/3 rule to be applied, then he could have just sat back and gone along for the ride... in all likelihood, the system would have defaulted to this theory for him.

As of my updating this article on November 24, 2019, my experience since the tax laws changed on January 1, 2019 has been that when calculating alimony in NJ for divorce settlement purposes, many mediators and NJ divorce lawyers are now accepting the theory that it is logical to begin their analysis by taking 25% of the difference between the higher earner's income and the lower earner's income as opposed to 33%.

They then are often recommending that to settle the alimony issue, that amount, perhaps raised a little for longer marriages and perhaps reduced a little for shorter marriages, should be provided to the lower earning income spouse.

That alimony is taxable to the higher income spouse. The lower earner pays no tax on the alimony as of January 1, 2019.

"HOW LONG DOES ALIMONY LAST?"

But now, as of January 1, 2019, the law has changed so that alimony is now taxed to the payor, not the recipient. And so the 1/3 formula is no longer fair.

Now, the husband pays the alimony but he no longer gets to write it off.

Why did the government do this?

Because the government realized that it will collect more tax dollars this way because usually the payor of alimony is in a higher tax bracket than the recipient of alimony is.

Therefore, by taxing the payor instead of the recipient, the government gets more money and the husband and the wife have less money to divide between them.

However, the new "rule" would have us multiply that difference in incomes by 25% as opposed to 33-1/3%, and the resulting number would be the alimony.

TWO SIMPLE EXAMPLES OF HOW THE UNOFFICIAL YET COMMON FORMULA WORKS

Let's use two examples with the same underlying facts but differing percentage rates to show the difference. In both examples:

Under what seems to be emerging as the "new" 25% rule it looks like this:

But Husband pays tax on his entire income of $100,000, not just the $75,000 that he used to pay tax on under the "old" rule. This is unfair to the husband because he is paying more in taxes.

Wife ends up with $6250 less per year at first blush...but it is not taxable to her because the Husband is paying the tax on it.

The bottom line is that they both end up with less spendable money under the "new" formula, and the government gets more in taxes.

So that is my brief explanation of what you are probably looking at with alimony in your case.

However since every case is different, you should get expert legal advice. There are additional alimony rules and different types of alimony that I did not go into in this article that could affect your particular situation.

ARE YOU CONSIDERING THE POSSIBILITY OF GETTING A DIVORCE? if you are, then you should keep reading...

The more that you learn about divorcing in New Jersey, the better you will be able to partner with your divorce lawyer to make certain that you obtain the best results possible.

If this article was helpful to you, then there is much more material where this came from that is available to you right now.

To learn more about alimony or any other area of New Jersey divorce law, I offer you at no cost the most current, cutting-edge NJ divorce information from me, delivered directly to your email.

SIGN UP HERE to receive my Daily Dose of NJ Divorce email series.

You will receive good, useful information about divorce in New Jersey. Every day.

Your first email will arrive immediately after you sign up.

The tips that you will pick up from my "Daily Dose of Divorce" emails will really help you.

If I can ever be of personal assistance to you, please feel free to reach out to me. It would be my pleasure to help out.