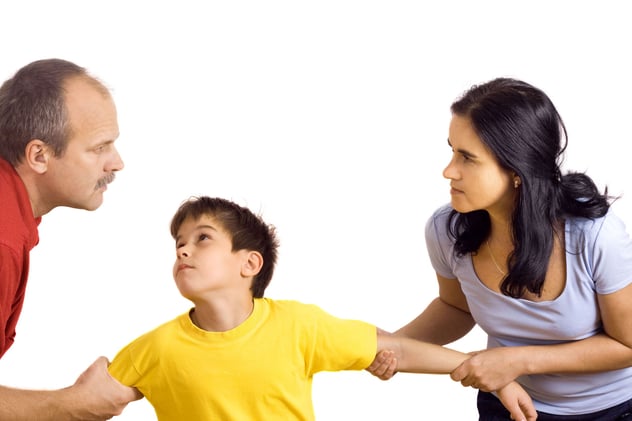 When I began my career as a New Jersey Divorce Lawyer 35 years ago in 1987, moms almost always ended up with physical custody, the parents shared joint legal custody, and dads would usually have visitation every other weekend, plus Wednesday night for dinner.

Back then, rare was the custodial father. He existed as a potential primary custodian usually only in those few situations where mom had died, had a substance abuse issue, or was severely morally deficient.


Today, I represent fathers regularly who are seeking either primary physical custody, or at least 50/50 shared parenting time.

A bill has been pending in the NJ Legislature now for quite some time that, if signed into law, will create a presumption of joint physical custody in every case. Take a look at the proposed new law here. The underlined text is the new proposed language; that text which is not underlined is the existing law and will stay as part of the new law if it is approved.

In the old days, the literature that was available had many of us convinced that “a child needs a home," meaning that mom got the kids and dad got, well, alternate weekends plus Wednesday evenings for dinner.

I read an article recently that said:

It’s quite obvious that over the past few decades the role fathers play in their children’s lives has evolved.

The author says that the role of the traditional father is changing because dad is around more, dad's are forming stronger emotional ties with their children, and there are new categories of "dad" emerging with a changing society.

First, Dads are oftentimes around more.  We now have telecommuting, where people work all or part of the time from home, thus making them more available for parenting responsibilities.

That as well as the fact that dads have different priorities now and see themselves in different roles:

According a report published by The Council of Economic Advisors titled “Nine Facts About American Families And Work" fathers are devoting 4.6 more hours of childcare and 4.4 more hours of housework each week than they did in 1965.

More fathers are also taking on the role of primary caregiver as the number of stay-at-home dads increased from 1.1 million in 1989 to 2 million in 2012, according to the Pew Research Center.

Although it is true that dads are spending more time with their kids, it’s not enough for them to just “be there.”

According to Jay Fagan, who is a professor of social work at Temple University and is leading a five-year national project called the Fatherhood Research and Practice Network that evaluates fatherhood programs on a national level, it’s important for fathers to form strong emotional bonds with their children.

“There have been quite a few studies showing that with fathers who are sensitive to their young children’s emotional states and needs, there is a better sense of a more secure attachment bond with their parents,” Fagan recently told the Orange County Register.

The image of a stern, stoic father governing his household isn’t cutting it anymore. The amount of quantity time a dad spends with his kids is more important than the quantity of time he spends with them. Fagan also explained to the Register that newer research has shown fathers who engage and play with their kids can help contribute to their self-regulation of emotions and behavior.

A supportive, emotionally available father is quickly becoming the expectation. In a survey by Pew, nearly six in 10 Americans said it is “extremely important” for a father to provide values and morals to his children.

Third and finally, the number of ALTERNADADS is in fact growing:

According to a WebMD feature titled “The Changing Face of Fatherhood,” only 38 percent of children born in the last three years of the 20th century will make it to 18 years old having lived the majority of their lives with both of their biological parents.

That isn’t a bad thing. Untraditional fathering can work just fine. Although it is ideal to have both parents involved, Kyle Pruett, MD, clinical professor of psychiatry at Yale Medical School and the Yale Child Study Center told WebMD that fathers are “the single greatest untapped resource” in the lives of children in the United States.

As the world changes, custody options expand and change. This is a trend that we certainly can expect to continue.

WHAT YOU CAN DO NOW TO START MANAGING YOUR CHILD CUSTODY AND DIVORCE-RELATED CONCERNS.

The old saying, "Knowledge Is Power" certainly is true when it comes to child custody and divorce.

The more that you learn about how child custody works, how assets are divided, and how alimony and child support are determined, the sooner your anxiety will start to disappear.

I designed this website to offer help to anyone who is willing to take the time to read the articles and learn from them.

Take advantage of this resource...spend some time going through these articles.

I promise that they will help you.

PS: Would you like to receive cutting-edge NJ divorce and child custody information from me, delivered directly to your email? SIGN UP HERE for my "Daily Dose of Divorce" email course. You can sign up without charge. It may well be the best investment of your time that you can make.

Your first email will arrive immediately.