How To Reduce The Cost Of  Your Divorce In New Jersey 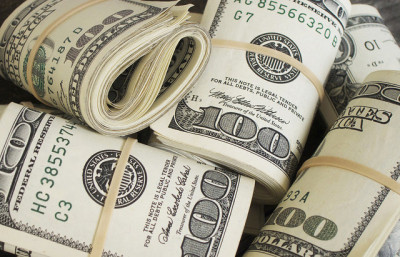 Why is it so difficult for even a highly experienced Monmouth County divorce lawyer to predict what your divorce will cost?

Why can't divorce lawyers just give you a firm price up front like building contractors do?

Is there anything that you can do to dramatically reduce the cost of Divorce in Monmouth County?

Very few lawyers (in fact, I am only aware of one, and he is not in New Jersey but North Carolina) are willing to predict in advance what somebody's divorce is likely to cost.

Let me answer that question by way of an example that happened to me.

In September 1987, I was fresh out of a clerkship with a wonderful family court judge in North Jersey. During the past year, I had learned so much about how to properly handle a divorce case by working closely with my mentor, a divorce court judge.

When I started working for my new employer in September 1987, he brought one of my first clients, "Barbara",  into my office. At that time, my initial divorce retainer was $4,000.00 and I billed at the rate of $100.00 per hour (needless to say, both rates have gone up quite a bit over the past 32 years.)

During the consultation, my prospective client asked me what I thought her divorce would cost her. I told her that no one knows for sure because it really is a function of how much time she and her husband spend fighting.

I also told her that there are other variables that will affect her final legal bill, including whether her husband hires a cooperative lawyer or a combative lawyer, which judge we get, how complicated the issues are in her particular case, and other related factors.

Out of respect for her, I respectfully refused to guess at how much her total legal bill for her divorce would "likely" be.

Notwithstanding my refusal to estimate her total cost for the divorce, the prospective client hired me on September 15, 1987 with a $4,000.00 retainer with a written understanding that I would bill her at the rate of $100.00 per hour.

Six weeks later, on  November 1, 1987, this new client called me. She said, "I would like to have our 4-year old son, Michael, for Thanksgiving this year. My husband can have Michael for the first day of Hanukkah this year. Next year, we can switch.

Will you please call his lawyer and try to work that out?"

I told her, "Of course, Barbara. I will call your husband's lawyer now and will discuss the issue with him. There shouldn't be any major problems."

I then called the other lawyer who agreed with me that there shouldn't be any major problems working out the arrangement so that Barbara had Thanksgiving Day with 4-year old Michael that year and Barbara's husband would have Thanksgiving Day the next year.

The other lawyer told me that it made sense and he would speak with his client and get back to me.

The next day I got a call from the other lawyer who said "Steve, I had an opportunity to speak with my client, David, about Barbara's suggestion. David does not agree... rather, David suggests that this year HE should have Michael for Thanksgiving, your client can have Michael for the first day of Hanukkah, and they will switch next year."

I said to the other lawyer, "Well, let me speak with my client and I will get back to you."

In fact, your husband insists that HE have Michael for Thanksgiving this year, you would get next year, and YOU would get the first day of Hanukkah this year."

Barbara screamed. "Oh, no. That's not going to happen. I insist upon receiving Thanksgiving this year!"

Well, at this point in the conversation with Barbara, I reminded her of our discussion about legal fees during our first consultation by saying, "Barbara, do you remember back on September 15th when you first hired me and you asked me how much this case was going to cost you?

Well, his lawyer and I have been getting along great, but you and he are disagreeing over basic things like who's going to have Thanksgiving Day with Michael this year. Is it really worth going to court over this issue?"

To which Barbara replied, "Yes, it is."

I prepared the Court paper. That ultimately took quite a few hours, with Barbara making many revisions.

We went to court. That took a few more hours.

I argued that Barbara should have Thanksgiving this year and her husband should have the first day of Hanukkah.

David's lawyer argued that David should have Thanksgiving this year and Barbara would have the first day of Hanukkah.

The judge ruled in my client's favor and my client had Thanksgiving Day with the child in 1987.

Why do I tell you this?

Because this is an article about what can be done to reduce the cost of divorce in NJ. I want you to know that Barbara spent her entire $4,000.00 initial retainer fighting over who was going to have Thanksgiving that year.

She then needed to come up with another $4000 retainer to continue moving the case forward.

And so, this goes back to the initial question that Barbara asked me during our September 15, 1987 consultation, namely, "How much is this divorce likely to cost me?" If I had attempted to guess at the answer at that time, I would have been way off, and Barbara would have viewed me as being dishonest with her.

Indeed, when I first met Barbara, I had no idea how she and David were going to fight over Thanksgiving. I did know that if they fought over relatively insignificant issues that in the overall scheme of things, they would likely spend a whole lot more money than they otherwise might.

How can you dramatically reduce the cost of your divorce?  Never forget that divorce lawyers bill hourly. Don't fight over relatively insignificant things. Keep your focus on the big picture of what you are trying to achieve.

Try to treat the negotiation of your divorce case like any other significant negotiation in your life.

IF YOU WANT TO TAKE A HUGE STEP FORWARD IN BEGINNING YOUR MONMOUTH COUNTY DIVORCE CASE, PREPARE YOUR CASE INFORMATION STATEMENT