Do Not Rush Through Your Divorce Settlement 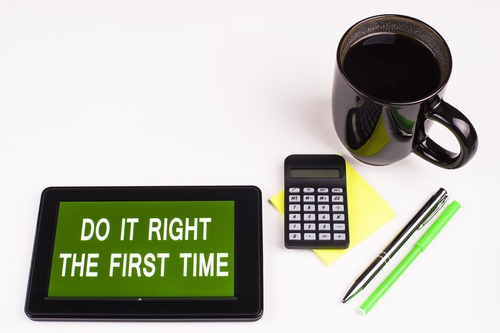 As a divorce lawyer, half of my clients are people who are getting divorced.

So who are the other half?

The other half are people who come back to try to change something.

Either one of my former clients is coming back because there's a new problem, or some other lawyer's client who heard something about us is coming in for "post-judgment work" that they hope we may be able to help them with.

But truly 50 percent of my clients are people who are divorced already, whether they are my former clients or some other attorney's former clients.

Many of these people were so anxious to get their divorce behind them because it was so anxiety producing at the time that they just rushed through their divorce, and in the process, missed things that they really should have taken the time to think through.

They entered into an agreement that was only partially thought-out.

For example, because every other weekend for parenting time is something that works with Bob's schedule right now, Bob might be tempted to settle for alternate weekend parenting time going forward with no language included to cover the future.

While on the one hand this might seem to make some sense, what Bob might not be thinking about is the future New Mrs. Smith.

Bob might say to me, "Steve, eat your damn words. There's not going to be a future 'New Mrs. Smith.'"

If one day there is another adult who Bob Smith is having a serious relationship or perhaps a remarriage with, then all of a sudden new options develop, and Bob might well think one day, "well, you know, maybe I'm not there but the stepmother's there now and, damn, why did I agree to limit my time with my kids to every other weekend? Why don't I have more time than that? My new wife, Susan's, ex-husband gets a lot more time with his kids than I get with mine. Maybe I can change that."

My point is that these are the things that we should talk about now. While I am not saying that it is impossible to change anything later on, it is hard, and many things cannot ever be changed in the future (for example, distribution of property issue determinations).

And we want to make it as easy as possible for you to get your full rights.

Because a month after your divorce, you may find yourself saying to your ex-wife something like, "... I just got tickets for the Yankees game tonight. I want to go out there, and I want to bring Bobby with me."

Your ex-wife may very well say to you, "...well you can't have your child tonight. It's not your day."

"What do you mean it's not my day? You're supposed to work with me. I thought we were going to be fair."

"Well, you weren't fair to me 2 weeks ago at my sister's wedding, because that technically was not 'MY day,' so why should I be fair with you today?"

But having been a NJ divorce lawyer for the past 33 years, I've settled and tried enough divorce cases that before allowing my client to agree to a divorce settlement, I like to try to "look down the road" and figure out as many things as I can that people tend to fight over after a divorce, and try to at least put language in the Matrimonial Settlement Agreement that hopefully helps my client avoid fighting over those things later on.

To the extent that we can do it, it gives our client a more peaceful life,

My point that I want to make sure that my client is not going to get hurt by moving too quickly.

So, if your spouse's lawyer is going to put together the agreement, I'm fine with that.

I'll critique it carefully with you.

We'll criticize it and we'll make sure that it's got all the necessary language in it to make sure that you are protected against as much as we can protect you against.

You should balance the desire to not "waste" money on legal fees that you don't need to spend against settling your divorce case too quickly, and thereby possibly missing something important. This could easily cause you to spend a whole lot more money on a divorce lawyer down the road trying to fix what should not have been "broken" in the first place if you had only slowed down.

It's a whole lot more expensive to try to fix something after the fact.

It's like anything else. You build a road, you build a house, but if you don't get it right it costs you a whole lot more to try to fix it later on.

Some things, like a bad foundation in a house, just cannot be "fixed" once they have been completed.

Same thing with building an agreement in Divorce Court. If it has a bad "foundation", that creates a situation where the whole "house" (ie, your divorce settlement) may develop problems over time.

Slow down. Read the document carefully. Ask the "what if" questions and get good answers before you sign off on your Matrimonial Settlement Agreement.

You'll be a lot happier down the road, that I can promise you.