Why The NJ Grounds For Divorce Don't Usually Matter 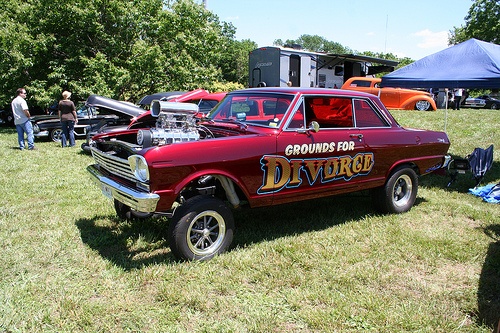 Since January 2007 NJ Grounds for Divorce have included  "irreconcilable differences.”


What are "irreconcilable differences"?

Prior to the irreconcilable differences law, most New Jersey divorce lawyers, including me, filed almost all of our divorce complaints based upon "extreme cruelty.”

What exactly is extreme cruelty?

Well… pretty much anything.

This led to some pretty, ahh, "creative" divorce complaints.

Like "...he intentionally spilled red wine on my white blouse during Christmas dinner of 2006, thereby intentionally embarrassing me in front of my whole family...".

Or "...she intentionally cursed at me in front of our son's third grade teacher, causing me great anxiety and humiliation...".

You get the idea.

People were being encouraged by the law to overstate relatively benign normal situations and allege that they were "grounds" to allege in their divorce complaint.

But when the receiving spouse read the allegations of"extreme cruelty" alleged against him, he would often get very upset.

It was bad enough that his wife was seeking a divorce.

Why did she have to accuse him of all of this nonsense?

This unfortunate situation would cause the divorce to start off on the wrong foot.

Which would lead to unnecessary pain for parents and children.

And perhaps larger legal fees because one party was hurt about what the other party said about them and "retaliated" with litigation tactics that were counterproductive.

Otherwise, if they didn't want to do file based upon "extreme cruelty", many people would have had to wait 18 months and then file their divorce complaints based upon grounds of "18 months separation".

Being separated for 18 months is a legitimate ground for divorce, providing that the couple had truly been separated for a full year and a half before they filed.

People didn't like having to do either of those two.

And many divorce lawyers, including me, were appalled at the idea of allowing clients to "stretch the truth" in their divorce complaints with silly extreme cruelty grounds, while at the same time advising our clients of their obligation to always tell the truth in their divorce cases.

There was an offensive concept at work.

So what was the big deal about the introduction of the "irreconcilable differences" law fourteen years ago?

The big deal is that because people can now get divorced simply because they have differences that can't be reconciled, that's all that they need to list in their divorce papers as their grounds for divorce.

And so it is much less painful for the other spouse, which means maybe...just maybe...there won't be nearly as much fighting.

I advocated strongly for the passage of New Jersey's irreconcilable differences statute as an addition to the grounds for divorce in NJ prior to the passage of this law.

As a New Jersey divorce lawyer for many years, I had seen how much damage the prior laws had done.

We have been fortunate here in New Jersey for the past fourteen years that our legislature enacted an irreconcilable differences statute for those people who are seeking to divorce amicably.

It has really made a difference.

If you would like to receive cutting-edge NJ divorce information from me, delivered directly to your email once each day starting right now for the next month, then sign up for my Daily Dose of Divorce emails.

We will send you only helpful, insightful information about how to best solve important divorce-related topics in New Jersey.

Your first email will arrive a few minutes after you sign up, and then once every 24 hours, for the next 31 days

You can unsubscribe at any time...but few people do.