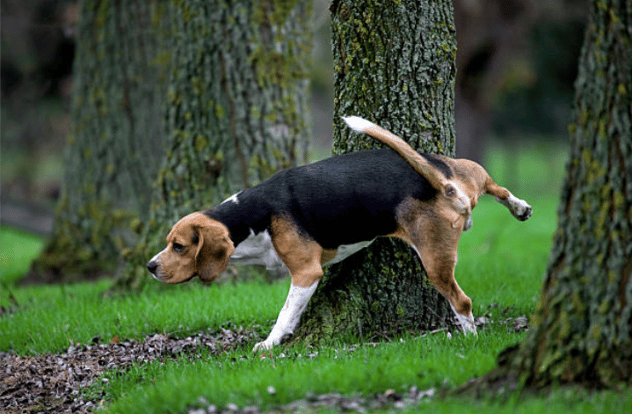 They did it, those bastards, they did it.


I let them out early this morning to relieve themselves, just like they do every morning, but today they both approached the same tree at the same time.

As a result, their aim was less-than precise, and the result was, well, predictable.

We now have two dogs that need baths, and soon.

As I was watching this fiasco unfold, I started to smile upon realizing that my innocent dogs were, in fact, acting out a scene that I see far too often in the New Jersey Family Court with divorcing couples.

They both insist upon having what the other wants, even if they don't really need it, just so that the other person cannot have it.

And they're too often willing to go to dramatic, sometimes extreme, lengths in order to get it -- whatever the "it" of the moment happens to be.

In the case of my dogs, the "it" was that one tree. There were other trees. They didn't have to both choose the same tree at the same time.

But Teddy and Chewy are just dogs.

People are supposed to be smarter than dogs.

Notwithstanding that obvious truth, divorce can make people a little nutty at times.

For some people, divorce makes them nutty period.

Sometimes they both insist upon having Thanksgiving this year with the children, and one can't agree to have Thanksgiving next year in exchange for Easter this year.

They're both essentially insisting upon the same "tree.”

Or they both insist upon receiving the same sofa when we begin discussing property distribution, instead of one saying something like, "Okay... I know you love that sofa, so you can have it, and I'll take the kitchen table”.

People going through a divorce should stay focused on planning their divorce with the logical approach of "ready, aim, fire!" as opposed to what my dogs did this morning with "ready, fire, aim!”

I guarantee that this approach will lead to much better results!