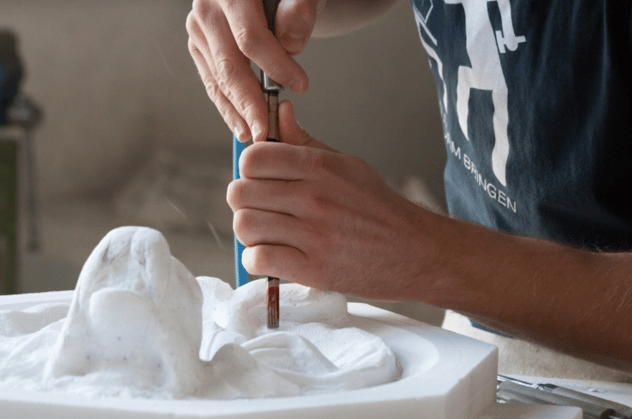 It has often been said that 99 out of 100 NJ Divorce Cases are ultimately settled, and that only 1 out of 100 divorce cases in New Jersey actually result in a trial before a Family Court judge.

There are many names for the same type of document.

Drafting a Matrimonial Settlement Agreement (MSA) in a NJ divorce case is not an easy task. It is sort of the metaphorical equivalent to what a sculptor faces when he sits down to create a sculpture.

I'm not a sculptor. I have never tried sculpting from a block of rock.

Yet I imagine that if I were a sculptor, I would start with a square block of stone.

I imagine that I would have a general idea of what I intended my final project to ultimately look like before I started chipping away at that stone.

The image in my head of what the sculpture should ultimately look like would be my initial goal.

Once I had my goal in my head as to what I wanted this sculpture to ultimately look like, I imagine that I would first chip away large blocks of unwanted rock to get a rough shape.

Then, when I carved that stone down to something that is more manageable, I would take out smaller, less cumbersome, more detail-oriented tools and start customizing the sculpture as it got closer and closer to my ultimate goal.

The analogy here is that, as a NJ divorce attorney who is looking to draft a Matrimonial Settlement Agreement, I start by thinking about the mass of issues in the particular case. This is like the sculptor looking at his new block of stone.

Whereas the sculptor starting a sculpture starts by whittling away the big chunks of stone that he's not going to use, what I do as a NJ divorce attorney is to initially just frame out the outline of the ultimate MSA.

What should it look like? What are the most important things for it to do for my client?

When I initially sit down to begin the multi-part process of drafting a Matrimonial Settlement Agreement, I am trying to first get an idea of what this picture, what this piece of "divorce art," so to speak, will ultimately look like -- what my goals should be.

Like the sculptor trying to envision what his block of stone might look like when the sculpture has finally been completed, I am trying at this early stage of the project to see in my head what the final version of this soon-to-be well-crafted Property Settlement Agreement (PSA) might look like once I have finalized it.

What particular challenges does my client have in this case that I can creatively solve through the use of careful phrasing of the document?

What unique qualities of this family need to be addressed carefully?

Have I used the best wording?

Is any part of it confusing?

Could any of the wording hurt my client?

Is my language fair to the other side?

Could the words be misconstrued?

I then create an initial draft,  which is thereafter whittled down like a piece of stone being crafted into a sculpture, until I determine that I have reached my final product, which is then shared with my client for my client's input.

Often my client will give me very useful constructive criticism, and between the two of us, we finalize the final product even more.

Once the MSA has been completed to the satisfaction of both my client and me, it is presented to the other attorney for her comments and proposed revisions.

This process goes back and forth until the proposed Matrimonial Settlement Agreement has been agreed to as a final product by both sides, who thereafter sign the agreement and then schedule an uncontested divorce hearing in Court.

But before your lawyer can draft your "Matrimonial Settlement Agreement" you'll need this...(CLICK HERE)