It's Harder For Your Ex To Move Your Kid From NJ 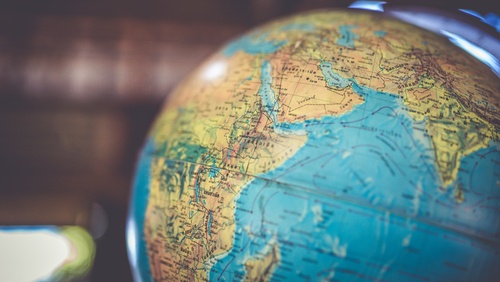 What happens if your spouse wants to permanently move your child to a state other than New Jersey?

Our NJ statutes have made it clear for decades that either the other spouse's consent or an order of a NJ Superior Court Judge is required before such a permanant move can be allowed to occur.

Since 1988, the NJ Courts have been making it easier for custodial parents to make such a move. That may have changed dramatically last week.

On August 8, 2017 the New Jersey Supreme Court rewrote the law on what is required when one parent wants to move children from the state of New Jersey on a permanent basis without the other parent's consent.

Since 2001, the law in New Jersey was that a custodial parent could relocate to another state with a child so long as the move to the other state was being made in good faith and, to use the language of the New Jersey Supreme Court, "...was not inimical to the child's best interests." ("Inimical" means "against.")

So the law for the last 16 years has been that as long as the primary custodian wanted to move to another state "in good faith" and the move was not "against the child's best interest," then the parent in New Jersey who was yelling and screaming not to allow this to happen because it would destroy his relationship with his child was very often out of luck, and the move would take place over that parent's objection.

The New Jersey Supreme Court has just dramatically changed all of that and has set the standard to be used from now on as "the best interest of the children."

This catches me as logical, and I always wondered why that had not been the standard all along.

Indeed, when I was in law school in the early 1980s, we all learned in our family law classes that "the best interest of the child" was usually the standard for most decisions affecting children in family court.

Since 2001, the law of the State of New Jersey basically took the position that if the parent moving with the child to a different state was happy and secure, that this would flow down to the child, and thus the child would be happy and secure also.

The Supreme Court has basically ruled that that is a nonsensical conclusion in rendering this new decision.

In my view, this law will have enormous impact across the state of New Jersey, effective immediately. Indeed, I have clients who are in the middle of fighting -- some wanting to take the children out of state, and others opposing the move by a former spouse -- who I will send copies of this article to today, because this case changes everything.

This is what happens with the law. It changes as society changes.

It is a normal thing, but it is one that divorcing parents and divorced parents must keep on top of through reading and self-education.

I remember back in the 1990s receiving a telephone call on a Monday morning. The fact that it was a Monday will become relevant in a couple of paragraphs.

The call was from a colleague of mine who was about to give his first Continuing Legal Education seminar to other lawyers the upcoming Saturday.

My friend's topic was "Restraining Order Law in New Jersey". He spent about 20 minutes on the phone with me that Monday morning going over his whole presentation and asked me my opinion.

I had two responses.

The first thing I said was that was very, very thorough, witty, engaging, and interesting."

My friend then asked me, "What's your second comment?"

I asked him if he had read that day's Law Journal. The New Jersey Law Journal comes out every Monday and is required reading for all New Jersey lawyers.

This telephone conversation with my friend was happening on a Monday morning and, like many lawyers, he had not yet read his Law Journal that was in his mail that morning.

I suggested that he do so and he said, "Why?"

I responded, "Because the New Jersey courts have just changed every single law that you just spent 20 minutes explaining to me."

I remember being in law school in 1981 and taking my first family law class. The professor said to us, "Those of you who want to become divorce lawyers, listen up. Family law changes very, very quickly. For example, if you finish this class today, start practicing family law tomorrow,  and then did not handle a family law case for 5 years, and then you came back and started practicing family law 5 years from today, you would not recognize the laws."

That is what family lawyers today in New Jersey are facing with this new decision of the New Jersey Supreme Court. It apparently will change everything and it is monumental.