What If Your NJ Matrimonial Early Settlement Panel Fails? 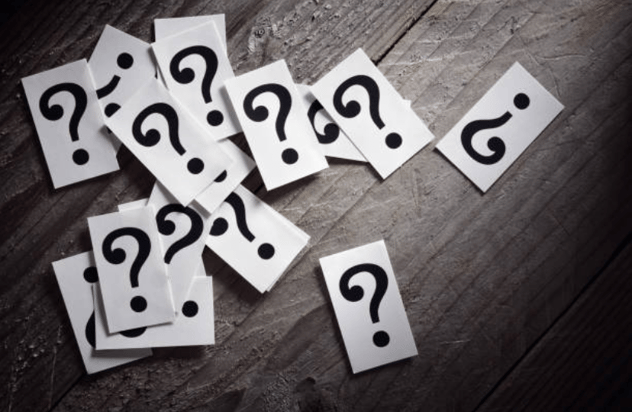 More important, your attorney is ready. Ready for your New Jersey Early Settlement Panel. Ready to settle your divorce case and get on with your life.

When your case is scheduled for an ESP, you and your lawyer will show up at 9:00 in the particular judge's courtroom at the County Courthouse, and the judge will give a description from the bench as to what the Early Settlement Panel program is all about.

The Judge will explain that there are volunteer lawyers here today who have expertise in divorce law who are here to help anybody who may be struggling on one issue or 100 issues to try to come to an overall resolution of their divorce case.

This means that some people will be out of the courtroom by 9:15 am or so into the hallway looking for a conference room to start their panel, whereas other people will likely be waiting for an hour, or 2 hours, or 3 hours with nothing happening quite yet.

Those people who are waiting, very often will choose to get together in the hallway and try to negotiate any remaining issues so that they can try to get divorced that day, perhaps even before reaching their Early Settlement Panel.

Some divorcing spouses are well prepared and are even able to show up in court with a settled case. What the judge normally does in this situation is, once the whole list is called and she sees who is there and who is not yet there, and once the people who are scheduled for the ESP actually start leaving the courtroom and go to the panel rooms, the judge will then usually call those people who are there with settled cases, and will actually complete the divorces for those people fairly quickly. Frequently there are one, two, three, or maybe four of those settled cases there and ready to be finalized in Court.

For people who have settled their divorce cases at this point in time it is usually (but not always) a very low key procedure. The hard part is behind them. The hard part was really negotiating the deal, but the uncontested divorce hearing is really the judge just getting an opportunity to listen to the lawyers question their clients about the voluntariness of the of the agreement.

The Judge wants to make sure that neither the husband nor the wife is feeling any duress, that neither of them are under any the influence of any medicine or alcohol or anything that could affect their ability to understand what is happening in Court or what the agreement says, that type of thing.

Once the judge is comfortable that those concerns have been properly addressed, the judge will normally grant the divorce.

But what if your ESP fails?

If the ESP is successful, then you are well on your way to finalizing your divorce.

But what if the ESP does not get you even close to settling your case?  What then?

In this situation, we have gone to the Early Settlement Panel, presented our case and had them give us a recommendation as to how the case should settle or could settle. Either your spouse or you have said that the recommendation is unacceptable.

At that point the lawyers will have a conference with either the judge or the judge's court coordinator to figure out what the next event is going to be to keep the case moving forward towards completion.

Now we're going to begin to move faster. The case may have been moving at a slower pace until now, but once you get through the panel the case often shifts up to a different speed.

The judge at this point will usually order the parties to continue talking in an effort to try to work out some compromises by attending mandatory economic mediation.

The judge will not let us leave the Courthouse until both lawyers look at a list of lawyers who practice divorce mediation, pick a lawyer, and get a scheduled date for a first mediation session. We actually call the lawyer's staff at that point (sometimes the judge does it herself, and puts a date in the order). This is the day you're going to mandatory economic mediation at this lawyer's office. No adjournments are allowed without court permission.

The Judge pushes for the first available date. Sometimes we can get a date as quickly as 3 weeks out if all three lawyers' calendars allow it (ie, your lawyer, your spouse's lawyer, and the mediator).

Sometimes it's 5 weeks out, or 6 weeks out because somebody can't do it. But you get on the calendar.

We then prepare for and ultimately attend mediation at that lawyer's office.

I generally do not schedule 2 hour mediations as I find them to be too short and therefore useless, but 3 hours or 4 hours, occasionally the whole day (especially if we have previously taken the time to prepare a Matrimonial Settlement Agreement (MSA), sometimes you can bang it out that day because we're not stating from square one. We've got a framework, we've got an agreement, it's on our work processor, we can call it up and just make changes as we go. Because we've done our homework we can sometimes finalize the Matrimonial Settlement Agreement at that first mediation session, with the mediator's help.

If you can settle it at one mediation, great. If not, as long as both parties are willing to continue to try to settle through mediation, or unless the Judge orders it, they bring us back for another session.

Often we keep trying until either both parties say something like "...we're done, let's go, let's sign it and get divorced," or one party says "...that's it, mediation is not going to work, I'm done."

Either way, once the mandatory economic mediation process has been concluded, the court has a conference with counsel, and if it turns out that the lawyers believe at this point that the case cannot be settled, the Court will schedule us for a trial.

AN INTENSIVE SETTLEMENT PANEL MIGHT BE AVAILABLE IF YOUR ESP FAILS