So You Want An Uncontested Divorce in NJ? Join The Club... 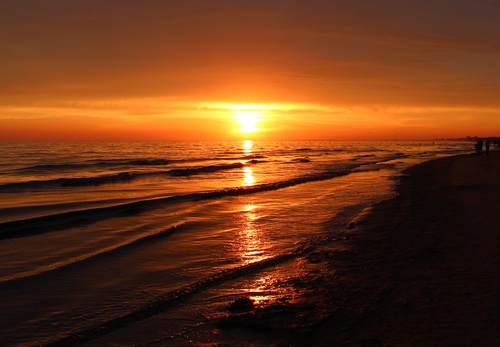 New clients regularly tell me that they want an "uncontested divorce."

What exactly is an uncontested divorce in NJ?

To me, the phrase means two separate things:

First of all, it means that the GROUNDS FOR DIVORCE are not being contested.

Second, it means that there is no disagreement as to any of the financial issues, child related issues, or any other issues, and in fact these issues have been resolved.

When you have settled all of the issues in your divorce case, the next step is to go to court for what is called an uncontested divorce hearing, the goal of which is to divorce you and your spouse and end the divorce process.

At the uncontested divorce hearing, the two clients and the two lawyers appear in Court, the Judge is told that all issues have been worked out in a written agreement, the lawyers prove to the Judge's satisfaction that the clients are satisfied with their agreement and have not been forced into it, and the Judge determines that she has the authority to grant the requested divorce.

But why do so many cases start out as contested?

In terms of contested grounds for divorce, cases often start out this way because early on, when somebody files for divorce, the other side responds, almost out of reflex, by denying that the person who filed has grounds for a divorce..

Indeed, as what I believe is a "holdover" from the days prior to NJ having laws that allow for divorce for "irreconciliable differences", the other side rarely responds by agreeing that their spouse has grounds for divorce.

Rather, more often than not, the other side responds by contesting the divorce complaint.

By contesting the complaint, the other side is essentially saying "my spouse's allegations are not true. My spouse does not have grounds for divorce."

This is really a throwback to the days prior to January 1, 2007 when NJ adopted its "irreconciliable differences" statute, thereby greatly reducing the number of divorce cases that are based upon fault grounds.

In terms of a case involving issues that start out as contested, a series of negotiations will undoubtedly occur in an effort to try to settle all the issues in the case.

Once we've settled the issues, the two lawyers draft a proposed Matrimonial Settlement Agreement, exchange letters and phone calls back and forth, and ultimately modify the agreement so that it becomes a final compromise between both clients.

Both clients review it. Both clients say "Yes, this document does say what it should say."

Both lawyers review it with their clients.

Does that mean that we now have an uncontested case?

What it really means is that there is no longer a contest on the issues, whereas there used to be. We were disputing everything, but now we've worked all of that out.

We've worked out who is going to be responsible for what percentages of the family's marital bills.

So resolution of the issues is no longer being "contested" -- given that they are now worked out, they have become "uncontested."

But remember: the grounds for divorce are still contested until one of the parties withdraws their objection, thereby making the matter truly uncontested.

What I mean by this is that early on, we indicated to the Court that we don't agree with what the other side is saying in their complaint for divorce.

As of this point in the case, that has still never changed, even though all of the economic and child-related issues have been worked out.

Therefore, one of the first things that the lawyers should do at an uncontested divorce hearing to take a case from being a "contested case" to an "uncontested case" is to stand up and say, "Judge, I'm withdrawing my objection to the cause of action. We're going to let them go through without a contest on the alleged grounds for divorce. We have a settled case here. The case is uncontested."

The uncontested divorce hearing is a two-part hearing.

The four of us go to into the courtroom.

You and I sit at one table.

Your spouse and his lawyer sit at the other table.

In the first part of the hearing, the judge wants to hear the lawyers question his client about the voluntariness of the agreement. It goes something like this:

"Mrs. Smith, is this your signature?"

"Did you read the document before you signed it?"

"Do you understand everything in the document?"

"Did you lawyer go over everything with you in the document?"

"Mrs. Smith, do you have any questions of me, of your husband, your husband's lawyer, your lawyer, or anybody else in the courtroom about this agreement?"

"Mrs. Smith, you understand that you have the right to a trial?"

"No, no, Mrs. Smith, I'm not saying that you should have a trial. What I'm saying is that you don't have to sign that agreement. I understand that you signed it, but I'm still not going to force you to go through with it if you don't want to.

If you say to me, 'Judge, you know, I've thought about this, I really don't want that Matrimonial Settlement Agreement,' well, maybe we'll just have a trial.

"Oh, yes, Judge. I'm voluntarily giving up my right to a trial."

"And Mrs. Smith, are you asking me to accept this signed Matrimonial Settlement Agreement as your voluntary act?"

"And, Mrs. Smith, do you understand that I, as the judge, have not read this agreement?"

"I understand that, Judge."

"So, Mrs. Smith, I don’t know if it’s a good agreement or a bad agreement. All I know is that you're telling me you are willing to be bound by it."

"And, Mrs. Smith, do you understand that as a judge, at an uncontested divorce hearing, all I'm supposed to do is make findings of fact, essentially observations, as to whether I think you are doing this voluntarily or whether somebody is forcing you to do it? Because if somebody is forcing you to do it, like your husband saying 'if you don't do this I'll slash your tires,' or something like that, I'm not going to force you to go ahead with this deal. I'm only going to let you go ahead with this deal, Mrs. Smith, if I think it's a deal that you are entering into voluntarily.

And, Mr. Smith, the same thing goes for you."

Those questions are often asked by the lawyer of his client as opposed to the Judge asking them.

So, I would ask you those questions and you would look at me and answer me.

And then your spouse's lawyer would ask your spouse a similar set of questions.

That's the first part of the hearing. The second part is actually making the divorce happen.

Presumably we have each filed for divorce based upon one or more grounds.

To make this an uncontested hearing now, I will withdraw my objection to your spouse filing for divorce based upon irreconcilable differences and they similarly will withdraw their objection to my complaint for irreconcilable differences.  Any other alleged grounds for divorce will usually be withdrawn at this point if they have not been previously withdrawn.

Now, we can have an uncontested divorce. It's no longer "contested," legally or factually.

Both people want it to happen.

Where do you live?

How long have you lived there?

Have you had irreconcilable differences for at least 6 months before you filed your complaint for divorce?

Based on those irreconcilable differences, would it be unreasonable for the judge to require you to continue living as husband and wife?

Are you asking that the judge grant you a divorce?"

It takes about 45 second just to establish that you are entitled to divorce.

And then, the judge makes findings of fact.

The judge will now talk, because up until now, the judge has said almost nothing. It's been the lawyers asking questions and the clients answering.

But, now the judge will say something like, "Well, I've listened to the parties testify, and it is clear to me that they both want this divorce to happen.

Then the judge will go on to say to Mr. and Mrs. Smith something like, "Mr. and Mrs. Smith, I wish you both well in the future. Thank you for working this out amicably. I think you've done the right thing. Trial is long. It's expensive. It's emotionally draining. You know, you guys know your case better than anybody, and I'm confident having listened to you that you made a decision that you both feel is in your best interest and I will enforce it."

Then the court will give us copies of the signed judgment of divorce attached to the Matrimonial Settlement Agreement and you will get a "gold-sealed copy," that is an official copy that you should keep with your official records.

This is so that when you need to go to any government agencies in the future, you will just bring the gold-sealed copy with you and they will know that it is an official copy.

If this article was helpful to you, you can sign up here for my free NJ DIVORCE EDGE 2023 program and start reading immediately if you'd like.

Specializing In Divorce
Throughout New Jersey