How An International Catastrophe Started My Career 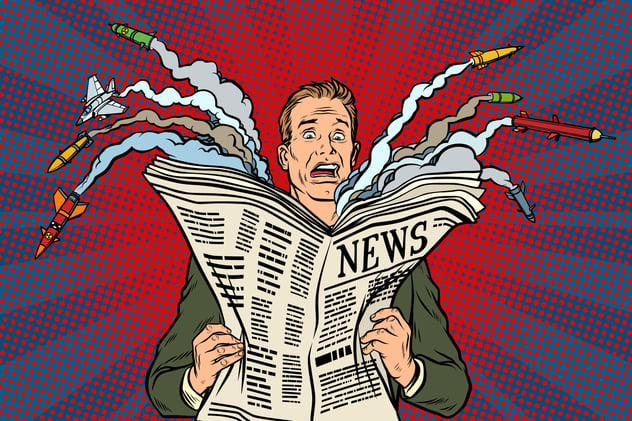 I was interviewing with a highly respected Judge of the Superior Court, in the family part in northern New Jersey. I was applying to be His Honor's law clerk for the 1986–1987 court year.

I was extremely proud to have been selected to interview with this particular judge, who I had heard was one of the best Divorce Court judges in the state.

I had always had a strong interest in becoming a divorce attorney, dating back to when a childhood friend was explaining to me what it meant to him that his parents had just divorced, and continuing on through law school, where I took both the standard Divorce Law class and the advanced Divorce Law Symposium.

But as the interview with the judge went on, I felt my chances of getting the rare opportunity to work one-on-one with this great mind slipping away by the minute.

Simply put, we didn't to seem to have anything in common.

I was a hardcore liberal Democrat. He was a Republican.

I was anti-nuclear and was an active member of a group of lawyers nationwide called "The Lawyers' Alliance for Nuclear Arms Control."

I told him about my commitment to the environment and how I felt that nuclear power plants were a disaster waiting to happen.

The judge seemed to believe that nuclear power was the best thing next to sliced bread.

He told me how he felt that nuclear power plants were the future of America and how much confidence he had in their safety.

We were of different religions.

He said to me at at one point, "You really want to save the world, don't you?"

I answered that yes, I really did want to have a significant impact on the world.

He then said to me "Well, so do I. But I do it one child at a time. That's what I love so much about being a Family Court judge. I can really help people, one person at a time."

Those words were etched upon my mind, especially as I contemplated the fact that I had no real chance at getting this internship that I really wanted to obtain.

I told my father that night that as much as I really liked the judge, we had absolutely nothing in common and that I was positive that I wasn't going to get that coveted judicial clerkship.

Two days after my interview with the judge, the Chernobyl nuclear power plant in Russia blew up.
The worst nuclear accident in the history of the world was on virtually every TV channel and every newspaper in the world.

The day after the devastating Chernobyl explosion, I received a call from one of the judge's staff members telling me that the judge had decided that he wanted me to be his law clerk for the next year.

During my clerkship with the judge, I was amazed at his knowledge of Divorce Law, his sense of fairness, his toughness, and his commitment to helping people. I decided on my first day that since I only had 364 more days to work for him, that I would be in at 7:00 a.m. when he got there, and I would still be there at 7:00 p.m. or 8:00 p.m. or later when he left at night.

I wanted to soak up as much knowledge as I could in the one year Divorce Court internship that I was beginning.

I learned more during those 365 days working as Judge's right hand man than I did in 4 years of college at Rutgers and 3 years of law school in New York.

Shortly after beginning my judicial clerkship in 1986, the judge and I were having a discussion one day and I said to him, "You know, Judge, this year is like high school biology for me."

The judge, somewhat amused, looked at me with "that look."

"What do you mean?" His Honor asked me.

I said, "Well, it's kind of like this. In high school biology, we had lectures on Monday, Wednesday and Friday, and lab on Tuesday and Thursday.

In the lectures, we learned the theory of biology, but it was in the lab that we really learned what biology was all about.

The judge responded by saying, "And how does that relate to your role as my law clerk here in the NJ Family Court?"

"Well," I continued, "I am dating a woman who is divorced with two kids. When I work with Your Honor during the week, I am learning theory, just liked I did in high school biology.

But when I go to my girlfriend's house on the weekend, and I see how she interacts with her ex-husband and the kids and all of that, that's more like the lab... that's the real world, just like a high school biology lab."

These interlocking experiences (i.e., the clerkship in divorce court and simultaneously dating a divorced woman with two kids, who ultimately became my wife and step-children) that occurred at the beginning of my training to be a divorce lawyer were crucial in helping me understand the difference between legal theory related to divorce law and the metaphorical explosions in the real world that can happen when a married couple decides to divorce.

As a direct result of my invaluable experiences as the judge's law clerk, I have insisted over the past 20 years that every lawyer that I have ever hired to work with my divorce law practice must have met the qualifications of having clerked for a Family Court judge.

Why did I require this?

Well, when I clerked for the judge, I realized how incredible the opportunity to work directly with a sitting Family Court judge is for a new lawyer. I understand the value that these young lawyers coming right out of their clerkships offer to a seasoned law firm like mine.

Indeed, since my clerkship ended 33 years ago, I have been amazed at how much the information that I learned during that 1 year judicial clerkship in the NJ Family Court has guided me through my daily matrimonial law practice.