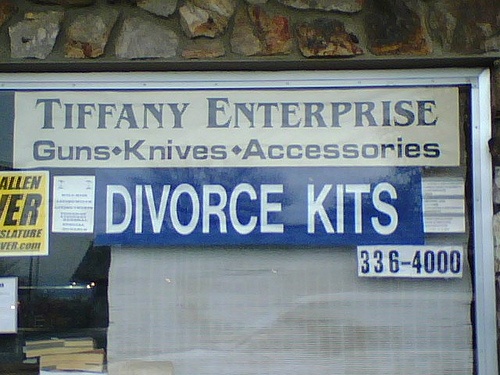 Question: Why pay thousands of dollars to a divorce lawyer to handle your divorce case in New Jersey when legally you can do it yourself?

Answer: Because it will likely be well worth it.

Ben Stevens, Esq., a colleague of mine from South Carolina, authored a very well-founded blog post on this very topic. Stevens says:

Divorce is a serious process that can have lifelong implications-on you, your spouse, and your children. Attempting to settle complicated issues with a "fill in the blank" form just doesn't make sense.

People often ask me if they can handle their divorce matter themselves. I always respond by saying, "Yes, you can, but let me tell you first the story of my 1968 Dodge Coronet."

It was the winter of 1978. There was a record amount of snow on the streets of New Brunswick, New Jersey, where I was in my second year at Rutgers College.

In those days, cars had radio antennas that stuck up from the front of the driver's door. There was so much snow and snow drifts were so high on the streets of New Brunswick that the cars were covered to the top of their roofs. You simply couldn't see any of the parked cars!

Several days after the snow has stopped, I decided to go out and try to first find my car and then try to start the engine.

Walking down the streets behind the Rutgers College Avenue Gym by Patti's Bar (best pizza in New Brunswick, for what it's worth,) I saw street after street lined with silhouettes of cars covered in snow. I couldn't tell which one was mine.

Then, on a block where I thought I had parked my car, I saw about 6 inches of a radio antenna sticking up above the snow.  This was about 6 feet up in the air.

I decided to see if this was my car, and so I wiped away some snow. I saw that ugly green color and all of those dents and I knew right away that I had found "my baby" (it was nine years old, totally dented, but I loved it).

Why am I telling you this? Because as a relatively impoverished second year college student I had no money for an auto mechanic, and when I turned the key, the car would not start.

I decided that, since I had no money, and since I had the right to be my own auto mechanic if I wanted to (sounds a little like you playing divorce lawyer, now, doesn't it?...stay with me here...), I would just take a trip to the local auto parts store, which I did.

The parts manager told me that he thought that I needed a new carburetor.

I bought the carburetor kit and carefully replaced my old carburetor, hose by hose, screw by screw.

Everything looked great. I got into the car, put the key in the ignition, and turned the car on.

It caught on fire, with me in it!

I was an idiot...I didn't know what I was doing...and I was playing around with gasoline. Not smart.

Luckily I was smart enough to have brought a fire extinguisher with me, and I was able to put out the flames myself.

The lesson that I learned was that, while I had a legal right to try to be my own auto mechanic, I knew nothing about auto mechanics, and it should not have surprised me that my car caught fire.

And so, getting back to my reference to Ben Stevens, Esq., at the beginning of this article, I agree with Stevens, who puts it this way:

"If you attempt a do-it-yourself divorce and problems arise later, there is a good chance that even the best family law attorney cannot fixed or correct them. Don’t fall into the trap, because the few dollars you try to save can end up costing you much more in the long run.

How much does a good divorce lawyer cost?